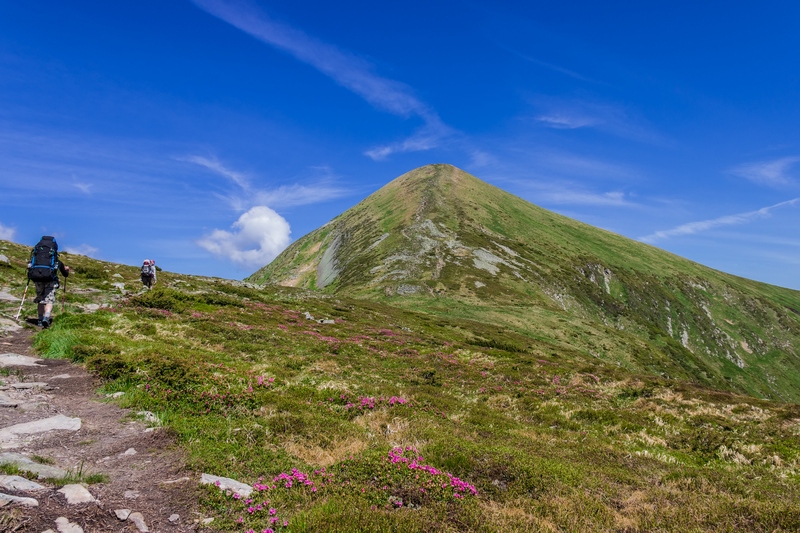 Perhaps the love to the mountains is something inborn or maybe it comes with time. It is difficult to say straight away since the magnificent nature of Ukraine only contributes to this love! The best mountain peaks are in the Carpathians, surrounded by fabulous rivers, forests, and waterfalls. And they are available to everyone because in a rented car you can get right to the foot of them. And in the fleet Ukr-Prokat in Kharkiv, you will definitely find a car that is suitable for such a trip!

Here is the information about the 5 most interesting and highest Ukrainian mountains!

Hoverla is the highest point in the Ukrainian part of the Carpathians. It is located at the junction of the Transcarpathian and Ivano-Frankivsk regions, and this is undoubtedly the most popular route! Moreover, it is full of places to stay, such as Yaremche, Verkhovyna, Vorokhta.

At the foot of the Hoverla, there is the main source of the Prut River, and nearby there is a cascade of waterfalls, which is about 80 m high. There are several hiking trails, and the first one appeared in 1880.

The top of Brebeneskul is located between two other picturesque mountains: Menchul and Rebra. It is not so obvious against the surrounding landscape, but there are convenient trekking routes, and along the way, you can see many more Carpathian sights. For example, the alpine lake that has got the same name, Dzembron waterfalls, or Vukhatyy Stone.

Unlike the pyramidal Pip Ivan, Mount Brebeneskul is rather domed. The relief was affected by glacial processes and frosty weather. There are a lot of spectacular stone placers among the alpine meadows.

This is another peak of the Montenegrin massif, which is located near Mount Brebeneskul. From here it opens the most beautiful panorama on all ridge and vicinities. Above there is an unusual observatory that attracts tourists, called  “White Elephant”. Along the way, you can relax in the village of Shibene and visit Lake Maricheika. The views around are very spectacular and the mountain itself belongs to the Carpathian State National Park. The old name is Black Mountain, and according to the legend, it is exactly the pace where Oleksa Dovbush defeated the devil.

Actually, there is one more mountain peak, Pip Ivan. It is slightly lower (1936 m), and belongs to the Marmara massif near the Hutsul Alps, on the border of Ukraine and Romania. The peak has a bizarre pyramidal shape with spectacular steep slopes in the east and north. During the flood season, there appear small lakes.

Petros is right behind Hoverla and impresses with its spectacular beauty. The peak looks especially fabulous in bad weather, surrounded by clouds and lightning. That is due to that fact it is also called stormy. At the same time, it is considered the most dangerous on the entire Montenegrin ridge. A deep track between Petros and Hoverla allegedly separates the mountain from the rest of the massif. Nearby you can relax in Lazeshchyna or Kvasy.

Gutyn Tomnatyk peak is located in the Rakhiv district of the Zakarpattia region, not far from Lake Brebeneskul. And, oddly enough, it is closer to it than the mountain with the same name. So a great reason to combine! It is the highest mountain lake in Ukraine at an altitude of 1801 m. The peak owes its unusual landscape and flora to its origin, as it was once greatly influenced by the glacier. There are now plenty of amazing alpine and subalpine plants, including rare, endangered species. You can relax nearby in the village of Hoverla or Bystrets.