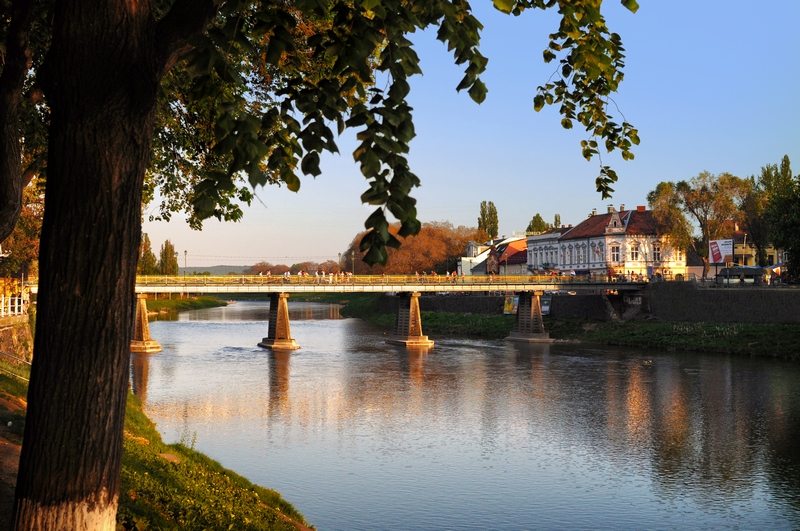 Uzhhorod is the most western in location and at the same time the least populated regional center of Ukraine. It is located at the foot of the Carpathian Mountains. Tourists come here to travel to castles and admire the local beauty. It is also used as a major transportation hub when traveling to Europe.

There are plenty of interesting sights and attractive cities around Uzhhorod. That is why it is more convenient to travel by car. And even more convenient to do it in a rented car, specially selected for the purpose of your trip. To choose a car you have the entire fleet of Ukr-Prokat in Uzhgorod.

Meanwhile, we will tell you about the 5 most interesting facts about Uzhgorod!

There is a legend that once Zeus was so angry with Dionysus that he sent him to the end of the earth, which was near the Carpathians. God of merriment and wine took with him the main thing which was the wine. It was he who taught the locals to take care of the vineyards and make wine. There is evidence that indicates that grapes in Uzhgorod were grown in the third century. And it is actually the grapes that are presented on the coat of arms of the city.

2.Drown in the greenery

Uzhhorod is a very green city. Although at first glance it seems that there are not many parks in it, they occupy a significant part of it. In the city Botanical Garden, you can admire plants from around the world. Pidhradsky Park is the oldest monument of park culture in the city. Some trees are over 300 years old. Old lindens and plane trees are especially beautiful here. Thuja, pine, ash, various types of linden, elm, hornbeam, ginkgo, and catalpa grow here. Bozdosky Park is a full-fledged recreational center on the left bank of the Uzh. At first glance, it seems completely wild, and many mistakenly consider it to be a forest. Besides, on the outskirts of Radvanka lies a picturesque and very clean flooded quarry.

Uzhgorod is famous for its confectionery and desserts. And this is a rare city in Ukraine, which has its own cake that is a real competitor to the cake “Kyiv”. It is best to taste it in the confectionery “Stefanio”. The cake “Uzhgorod” in “Stefanio” is prepared without flour, but with meringue, and mousse with hazelnuts and almonds.

4.An island in the city center

Once the whole center of Uzhgorod was a kind of island. And that is all because there was a tributary in Uzh, called Malyy Uzh, which passed through the whole city. It flowed in the area of ​​Fedintsa and Pidgradska streets and flowed into Uzh near the modern Pushkin Square. But Maly Uzh greatly complicated the construction of the city, and, most importantly,  the installation of water supply and sewerage. And maintain such a large number of bridges was expensive. Therefore, Maly Uzh was closed underground into a pipe that was 3 m underneath the surface. There is a mini-sculpture in its honor on Fedintsy Square.

One of the attractions of Uzhgorod is the linden alley. Its length is 2.2 km, making it the longest not only in Ukraine but also in Europe. It stretched along the embankments of Independence and Student streets. Throughout the summer, various varieties of linden trees bloom here, and later in 1923, sakura was brought here. Now, along with lindens, here grow cherries, magnolias, Florida and Chinese appletrees, and quince. All this beauty blooms in mid-spring and attracts thousands of tourists. By the way, at first, the linden alley was a strange wedding gift given to his beloved by Istvan Laudon.