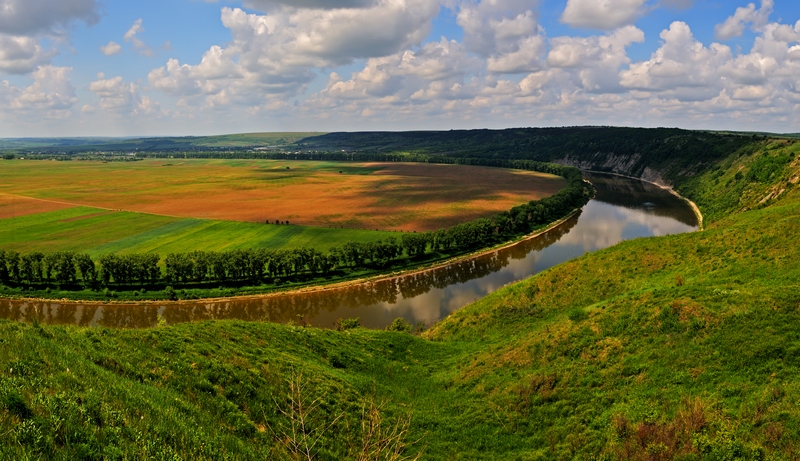 Ukraine is a boundless cultural heritage, numerous historical vicissitudes and crazy, infinitely beautiful nature. There are mountains and seas, rivers and plains, waterfalls and tracts.  All these things make a truly unforgettable impression. Are you sure that you have already seen all the picturesque places in Ukraine? Let’s check! To do this, we have compiled a small selection of little-known attractions. By the way, each of them can be reached by a rented car in “Ukr-Prokat”!

You will hardly notice the desert near Kherson on the map. But the Oleshkiv desert is as big as 200 hectares of real sandy sea, surrounded by artificial forests. The largest sand massif in Europe! At the depth of more than 300 meters, there is a hidden freshwater lake.

The desert is thought to have been caused by the active grazing of sheep, which destroyed all the grass. Historical legends say that it was exactly there that the rite of initiation of the famous Ukrainian ataman Ivan Sirko took place. Now the whole area is a National Park, in the middle of which there is a real picturesque oasis.

We, the inhabitants of the country with access to the Black Sea, often do not take recreation on the lakes seriously. And that is in vain! Shatsky lakes are a whole group of more than three dozen lakes hidden among forests. They are located in Volyn, between Pripyat and the Western Bug, and can be easily reached by car.

The area of ​​Shatsk National Park is about 40 thousand hectares, and it received the status of protected in 1983. The largest lake is Svityaz, the second largest natural reservoir in Ukraine. Unlike its older and more famous brother Synevyr, Svityaz is a flat lake that wonderfully warms up in summer. Be sure to include it in your travel plans!

The Dniester Canyon was formed on the Podil upland. The powerful river the Dniester eroded rocks and gave rise to one of the largest canyons in Europe. Steep rocky shores rise above the water up to 250 meters – a picturesque sight!

There are a lot of unique plants, animals, rocks, and minerals. Ancient monuments of Trypillia culture can still be found among the stones and trees.

Dzharilgach is a huge island according to  Ukrainian standards, which has only recently gained its popularity. This is a unique reserve in the Kherson region, almost opposite Skadovsk, which is just easy to reach by car. According to the legend, the ancient island was mentioned by Herodotus and Ptolemy. It is proved that it was on the navigational charts of Italian explorers in the 14th century.

Dzharilgach stretches for 40-45 km and is washed by two bays. Both coasts are very different in relief, atmosphere, and even the temperature of the bathing water. The south is warmer but more crowded, the north is almost wild and deeper.

An amazing cave with an eloquent name is located near Ternopil, near the village of Korolivka, which is most convenient to get to by car. This is the longest gypsum cave in the world! Underwater rivers have washed away unique sediments that are more than 14 million years old. Even the secondary mineral accumulation in the Optimistic Cave is more than several tens of millennia!

Inside you will encounter winding mazes, mirrored underground lakes, and colorful gypsum crystals. Beautiful deposits at the bottom of the passages were even nicknamed cave snow for their specific appearance.