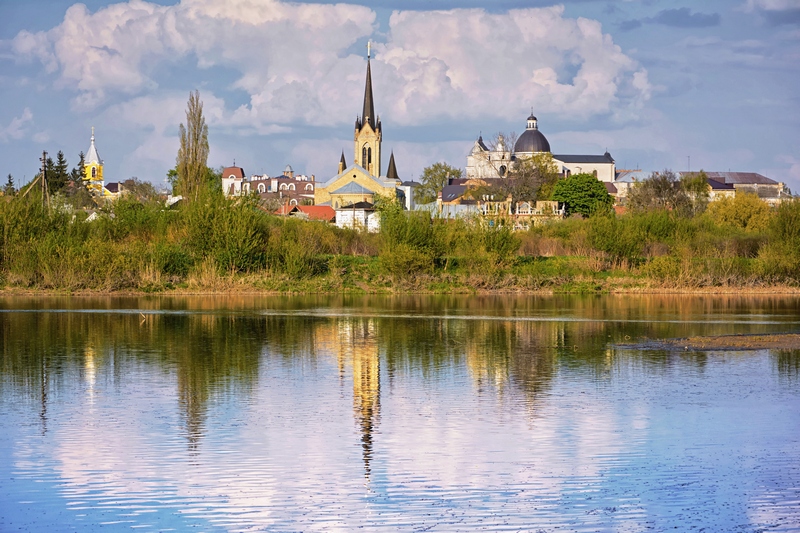 Not everyone knows, but actually, Lutsk is one of the oldest cities in Ukraine and a valuable architectural monument. There is  Lubart’s castle here, amazing central streets, and real architectural masterpieces. Besides, you can see plenty of interesting things in the vicinity of Lutsk! We even recommend taking a car so as not to miss anything interesting. At your disposal, there is the entire car fleet of Ukr-Prokat in Lutsk!

Lubart Castle can be called the most significant monument of Lutsk. This is one of the few Gothic buildings in Ukraine that fully complies with all canons. In addition, it is one of the oldest and best-preserved castles in Ukraine.

On its territory in the 11th century, there was an ancient Rus Lutsk fortified castle, which was the historical core of the so-called at that time city Luchesk. The construction of the castle began in the middle of the 14th century when Volyn was ruled by the Grand Duchy of Lithuania. Since then, there has been done plenty of restoration works done and a lot of events took place on its territory.  Lubart’s Castle was a royal residence, a military relic, an educational and religious center, a court, and a military center.

From an architectural point of view, Lubart’s castle is also interesting for its irregular shape due to the specific terrain. Inside of it, there is the Cathedral of St. John the Theologian done in the classical Byzantine style. And under the castle, there are mysterious underground tunnels, which stretched over several levels and, according to legend, they used to be hundreds of kilometers in length.

The center of Lutsk

The main street of Lutsk is Volya Avenue, which stretches from Teatralna to Kyivska Square. It used to be a road east of Lutsk, but the city grew and expanded. Nowadays there is a Bernardine monastery, one of the Lutsk twin houses, the university named after Lesya Ukrainka, and the Regional Philharmony. It is an interesting fact that a monument to Shevchenko has been erected in front of the university. However,  in front of the Drama Theater named after Taras Shevchenko, there is a monument to Lesya Ukrainka.

A little further just next to the Theater Square there is placed the Cathedral of the Holy Trinity. Lesya Ukrainka Street stretches from it, You may find there plenty of interesting galleries as well as shops. Near the Lutsk House of Chimeras you may find a private house decorated by sculptor Nikolai Golovan. There are about 500 sculptures in various styles, and on the pediment there is a bas-relief with portraits of family members which weighs around 1.5 tons.

Saint Nicholas has been considered the patron saint of Lutsk since ancient times. That is why the city has a really spectacular and monumental monument in his honor. It is located on the square in front of the city museum. It is believed that if you touch the foot of St. Nicholas and make a wish, then it will definitely come true.

Interesting architectural monuments can be found all over Lutsk, not only on the central streets. The city has a great mix of cultures and traditions. We recommend visiting the Brotherhood Bridge, and nearby you will find an ancient synagogue, Protestant church, Peter and Paul Cathedral, and the Intercession Orthodox Church which has got plenty of eclectic elements.