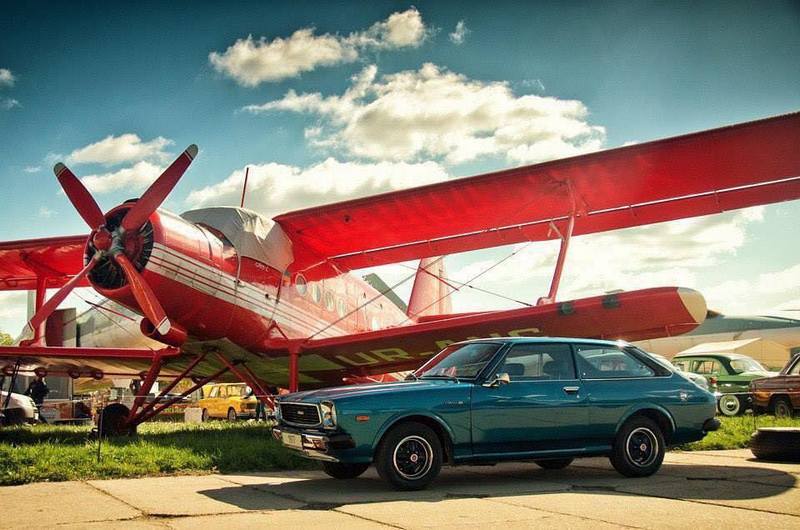 Old Car Land is a unique festival of retro equipment, which is held twice a year in Kyiv. Annually, there are presented about 900 exhibits, which everyone can admire. It is the largest and the most famous event of this kind in Ukraine.

In 2019, Old Car Land will be held on the territory of the State Museum of aviation named after O.K. Antonov from 9 to 12 May. It will be the tenth anniversary event. The official Facebook page of the event is https://www.facebook.com/Oldcarland.

Hundreds of retro-cars of different years of production will be at the Metropolitan Exhibition. They will range from the old shabby Moscvytch to the refined Rols-Royce cars. Organizers promise that the festival will be even more spectacular than usual.

However, that is not all what you can see there. In addition to passenger cars, all the diversity of old vehicles will be presented at the exhibition: from rare gramophones and radios to bicycles. As a scenery, there will be large-scale historical reconstructions.

Particular attention is paid to motorcycles, mopeds, trucks and even military equipment. The main goal of the organizers is the popularization of automotive history and the attraction of more and more new technology enthusiasts.

Organizers of the festival Old Car Land are OldCarService and Kofeybus. It is necessary to buy the ticket in order to enter the exhibition. There are expected about 50,000 guests. The number of the participants has already exceeded 2 thousand people.

The first Old Car Land Festival took place at the Kyiv National University of Construction and Architecture Stadium in August 2014. It was called the Old Car Fest at that time, and about 200 cars came from all over the country. There was presented the legacy of the Soviet times as well as interesting German, English, French, Italian, Czech and American models.

At the same time in Kyiv for the first time there was brought one of the most expensive exhibits. It was the only country Rolls-Royce Phantom (manufactured in 1929). Also, there was also presented the BMW-2000 (made in 1967) and the powerful convertible Cadillac Eldorado (1972) with an engine of 400hp.

In 2015, the organizers renamed the festival and selected another site. It became 14 hectares of the Aviation Museum. The event lasted for several days. The number of guests grows every year.  For example, in 2016 at Old Car Land there were about 700 cars, and in 2017 there were more than 900. Besides, there were additional entertainments and great musical performances. In 2018, that event was attended by over 40 thousand guests and about 60 media representatives.

What could you do at the festival?

During the festival the car drivers will be able to show their driving skills They will have the possibility to do it during the car demonstrations. On the territory there will be a large food court, barbershop and souvenir shops. Also, there will be held kid’s competitions on pedal cars and the children’s area.

It will be also possible to play on retro play machines, take part in contests and other thematic events. The Old Car Land Festival will be both enjoyable to noisy companies of friends and to families with kids.

In the AutoMoto zone, there will be the possibility to buy old cars and equipment.

If you need to rent a car in Kyiv please contact us! The company “Ukr-Prokat” offers not exclusive retro cars, but the various modern car fleet with models of different levels and capacity for every taste!