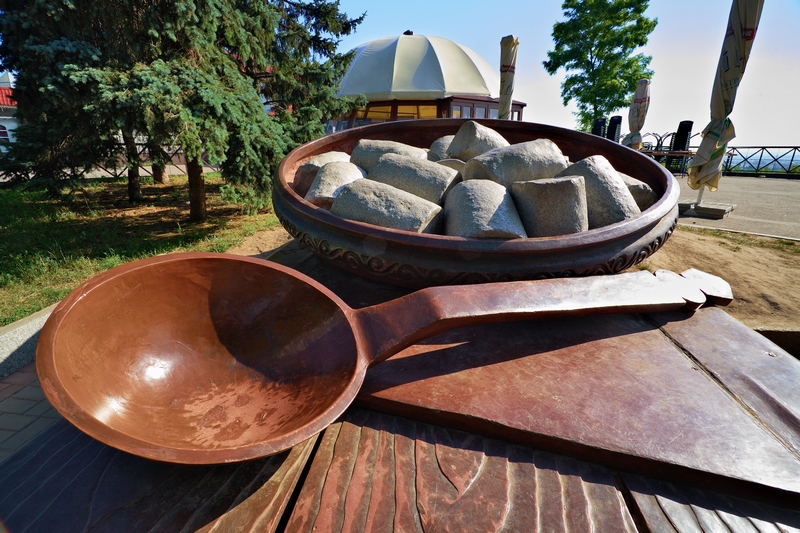 Lots of people visit Poltava to get positive emotions, relax, listen to local fables, and try famous dumplings. In fact, there are plenty of attractions in the city that are also worth being visited. And if you drive around the city, you will find a lot of places where you would like to spend the whole vacation! We want you to get the most out of your trip to Poltava. Therefore, we will be happy to help you find a suitable car for a trip among the ones presented in the fleet Ukr-Prokat in Poltava and tell you where you can go by it!

Round Square and the Garden

The main central and historical square of Poltava has got a round square. An unusual architectural ensemble was designed in the early 19th century. In the 1840s, the square was turned into a park with radial alleys, and a ring road was built around it. Eight streets diverge from the ring, and the top layout resembles the sun. The Round Square complex is now a monument of classicism.

In the middle of the circle, there is a monument of Glory, which symbolizes the victory in the Battle of Poltava. Its construction began in 1805. Alleys are densely planted with dozens of species of trees and flowers, including rare ones. This whole park was called the Corpus Garden. It was officially opened on the 200th anniversary of the Battle of Poltava in 1909. It owes its unusual name to the Poltava Cadet Corps.

Poltava Art Museum is considered to be one of the best in Ukraine. It started its existence with the collection of Mykola Yaroshenko, a traveling artist who presented the city with hundreds of exhibits and 23 of his own work albums. His collection was so big that its pictures are still kept in a lot of Russian cities. By the way, his own painting teacher in Poltava was Ivan Zaitsev.

The Poltava Art Museum opened in 1919, and it has got works by Shishkin, Polenov, Makovsky, Repin, and lots of others.

At the place where the terrible Battle of Poltava once took place, there is now a historical and cultural reserve with a huge scientific center. It is dedicated not only to Ukrainian history but also to all countries that took part in the Great Northern War.

There are monuments and graves of Swedes, a mass grave of the Russian army, memorial obelisks. It was possible to preserve the ancient mounds that remained from the old settlements. The museum has as many as nine themed halls where you can find everything from books and paintings to weapons and medals.

Seven-headed Exaltation of the Cross Monastery

The Exaltation of the Cross Monastery is a nunnery built entirely in the Ukrainian Baroque style. In fact, we do not have a lot of such architectural monuments. There is the St. Michael’s Golden-Domed Monastery in Kyiv, but others can be just counted on the fingers of one hand.

Interestingly, at first, the monastery was male. In Soviet times, it was closed and robbed, and later a juvenile colony was set up on the territory. Then there was a boarding school in the building, and only in 1991, the monastery was returned to the status of a religious object.

The Art Museum is far from the only one in Poltava. On the contrary, there are a lot of interesting galleries and exhibitions that are definitely worth being visited. Good local history museum, very interesting memorial complexes of Ivan Kotlyarevsky and Panas Mirny. There is even a Museum of Long-Range Strategic Aviation because in Soviet times Poltava had a powerful military airfield.