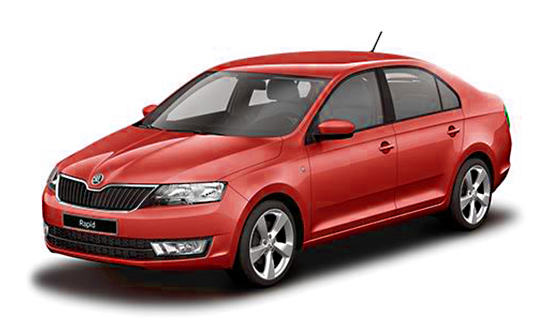 It is difficult to say if the color of a car is related to its safety. Experts periodically study this question. They follow some criteria, such as the visibility of cars of different shades on the road in different conditions. There are also more specific ones, such as the relation of color to the character of the owner and, accordingly, to his driving style.

Here are some of the results:

The second place in this sad statistics goes to grey and silver cars. The reasons are the same as with the black cars.  Then, blue and red cars appear in the list. And finally the least likely to have accidents on the road are the yellow, orange and brown cars, which are visible even on a foggy day or at dusk. Unexpectedly, purple cars also joined the list of the safest car colors.

In their observations, the Kiev researchers found another interesting link between the color of the car and the estimation of its speed rated by other road users. It turns out that red cars seem  to move faster and be closer, and green or blue ones, on the other hand, slower and more distant. Dark cars seem visually smaller than light ones.

Some more statistics from paint manufacturers

Despite the fact that black and grey cars are the “leaders”   in car accidents almost in the whole world, as well as white cars, this fact does not affect their sales. These are the colors which are  the most popular in Europe, the East, and America. However, there are some peculiarities: Europeans love the darker range, Asian people prefer the shades of white and light silver, South Americans like bright silver ones, and in the US and Canada  they tend to buy black and white cars.

According to the statistics of 2011 year, grey cars were the most sold in the world  (26%). The red and blue ones were only 6 and 5%, respectively. Such statistics is periodically published by paint manufacturers. For example, Du Pont does such research every few years.

Anyway, we want to emphasize that the color of the car can not be considered as a decisive factor in an accident. Each accident should take into account all the features and details of a particular situation: the specifics of the area, the quality of the road surface, the age of drivers, driving style, time of day and many other nuances. They are the primary cause of any event, so such statistics is nothing more than interesting observations. And of course, it does not have to determine your choice and is not a reason to urgently repaint your favorite car.

By the way, in our fleet in Kyiv you will find cars of different colors for your taste! To do this, contact us at Ukr-Prokat and choose what you need!