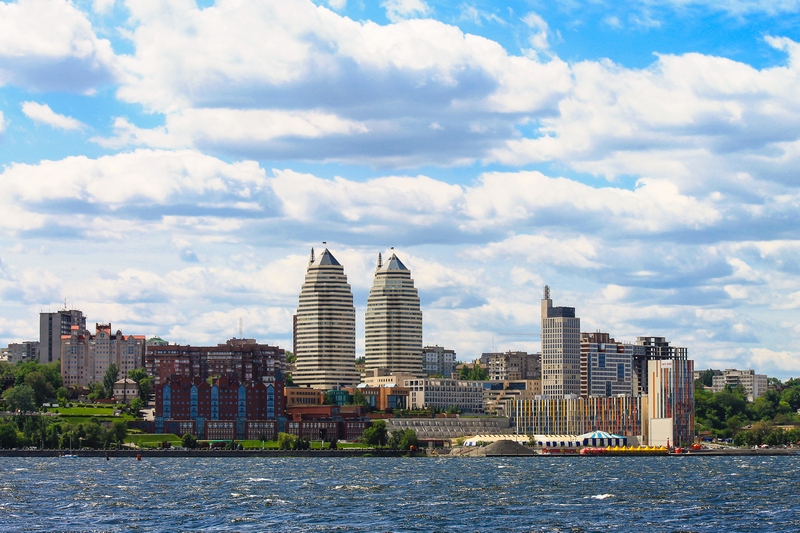 Dnipro is a city of contrasts that hides a lot of secrets and mysteries. It is the space capital of the former Soviet Union, where Zenith missiles were produced. Here is the longest promenade in Europe, which is 23 km, and the largest Jewish center Menorah. The metro in the city is the shortest one in Europe, with a length of only 7.8 km. And here is the longest house in the country, called the Dnipro “Great Wall” with a length of 800 m. It has 32 entrances and 3 trolleybus stops. In order to have time to go around all the interesting places of Dnipro, we recommend not to waste time, but immediately pick up a car in the fleet “Ukr-Prokat”!

Historically, Dnipro was called Katerynoslav. But experts say that there were two Katerynoslavs. The first one was on the banks of the river Kilchen and existed just for 8 years since 1776. Then, this area was completely flooded by the waters of the Samara River. Some locals moved to Novoselytsia, which was later called Novomoskovsk.

In 1784 there was issued a decree to establish the second Katerynoslav in a new place. In 1787 the city was founded. At that time, Catherine II planned to make it the Third Capital of the Russian Empire. So it was built ambitiously. For example, the Transfiguration Cathedral, designed by architect Claude Gervais, was to surpass the Roman Cathedral of St. Peter.

Monastyrsky Island is the most legendary place in the city. Now it attracts with its unusual nature and rich history. Once the island was the main place of rest for all people who followed the Dnipro river. It is believed that here stopped such prominent historical and religious leaders as Andrew the First, Vladimir the Great, Prince Mstyslav, and Princess Olha. The monastery island got its name in honor of the Byzantine monastery, founded in 870.

Dnipro is the most important industrial center in Ukraine. Metalworking, as well as mechanical engineering and related industries are specially developed here. The Ministry of Ferrous Metallurgy of the USSR was once located in the city. For the same reason, the city was one of the key centers of space and defense industry. Because of this, foreigners were not even allowed here until the 1990s.

On the territory of the modern city, there were three fortresses at the same time. Polish Kodak was founded in 1635 in the present village  Stari Kodaky. In 1660 the fortified Cossack settlement of Novi Kaydaki was built. And the Russian Old Samara or Novobogoroditska fortress was built in 1688 and is located in the modern village of Shevchenko on the coast of Samara.

There are as many as five bridges in Dnipro. The most beautiful one is Merefo-Kherson railway, curved and arched type, passes over Monastery Island. The longest one is Kaidatsky, which stretched to 1732 m. The oldest one is Amur, built-in 1884. In those days, its cost was higher than all of Katerynoslav. And the youngest bridge in the city was opened 20 years ago, named the South.

Skyscrapers in the city appeared earlier than in the rest of Ukraine. For example, in 1983 the first 28-story residential building was built here. In 2003, the Vezhi residential complex was opened with the tallest residential building in Ukraine that is 123 m. Unfortunately, till 1989 30-story hotel named “Parus” was never completed. In the initial project of the “Gate” complex, there were about 50 floors and more than 200 m.