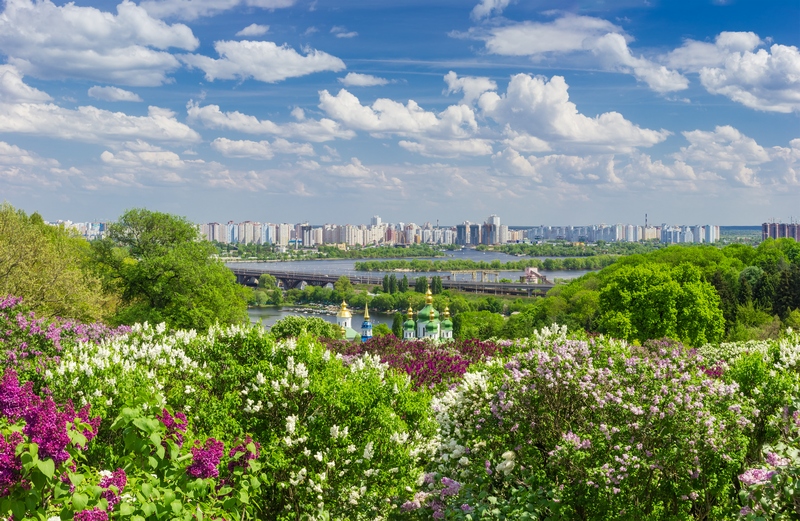 Kyiv is known as the capital of Ukraine. But it is not the only thing that it is famous for. There might be endless talks about places of interest, which are so numerous that even several weeks would not be enough to see all of them. However, this time we want to tell you about those top special places that add up to a special atmosphere in Kyiv and become recognizable all over the world!

The funicular is one of the most interesting symbols of Kyiv. The first run of the funicular was done in 1905, and before that time people had been forced to go from the Lower City to the Upper one by using hundreds of old wooden stairs.

This symbol of the city definitely cannot be ignored. Kyiv cake is bought for souvenirs, taken to other cities and countries. The recipe is over 50 years old. No wonder that there are plenty of rumors about it. According to the most popular legend, this was the mistake of Karl Marx’s factory workers, who tried to disguise it and sell as a new recipe. Little did they know then what future that recipe would have.

Speaking of gastronomic Kyiv, we must mention this recipe, which has long been loved around the world. Nowadays the French and Americans are arguing over the fact who was the first that came up with the idea, while Ukrainian chefs continue to wrap fragrant butter with herbs and spices in a tender chicken fillet.

You can treat the work of mural artists in any way you like, but since 2014 Kyiv has become one of the largest European mural centers. Huge paintings are found in the most unexpected places such as abandoned courtyards, in the depths of sleeping areas, or almost outside the city. Famous artists from Spain, Argentina, Australia, Portugal, and other countries take part in the project. Enthusiasts have long compiled a map of works. But not everywhere you can easily reach by public transport. Therefore, to have time to go around at least the most interesting of them, we recommend renting a car in the fleet “Ukr-Prokat”!

There are a huge number of religious shrines in Kyiv, but the Lavra is truly unique. The monastery complex is a UNESCO World Heritage Site and is visited annually by about 45 million tourists from all over the world. In addition to the aboveground part of the complex, its caves are especially precious. The history of the Lavra began in 1051 with them.

It is difficult to imagine a tourist who does not find a few hours for a walk along Andrew’s Descent. In addition to the invaluable historical and cultural component, the theater, and the house-museum of Bulgakov here you can buy the most interesting authentic souvenirs, walk to the street of artists, see the ancient St. Andrew’s Church, or go to a psychedelic Landscape Alley. By the way, there is a legend that shows that there used to be a sea in the place of Kyiv. And it will flood the capital again when the bell of this church rings. That is why St. Andrew’s Church is the only one in the city where there is not a single bell.