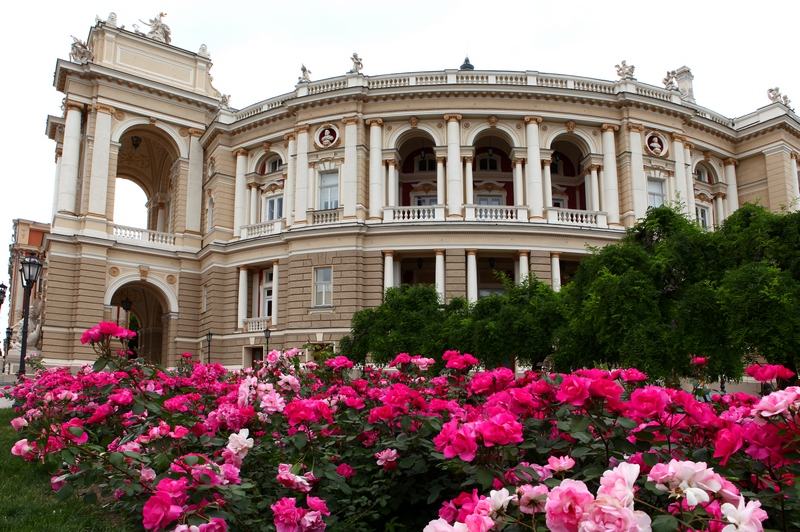 No wonder Odesa is called the Ukrainian pearl. It is a city with a unique spirit, a city-holiday, and a city-hospitality. There is the feeling as if everyone there has been waiting to meet you.  In order to have enough time to see all of it, we recommend picking up a comfortable car in advance in the fleet “Ukr-Prokat”. In the meantime, let’s talk about the main features that made Odessa famous all over the world!

Initially, Odessa was very multinational. Ukrainians, Germans, Jews, Moldovans, Greeks, Poles, Albanians, Gagauz settled here and that is not the end of the huge list of other nationalities. The reason is simple. Young and ambitious adventurers came here while being attracted by the promise of Catherine II not to tax them. Until now, Odessa has remained an adventurous and carefree mixture of cultures and traditions. The sights of the city are also really unusual and eclectic such as the monumental Potemkin Stairs, the pompous Opera House, the mysterious catacombs, green parks, and the health park.

It seems that every citizen of Ukraine has “the same friend from Odesa.” And that is all because the people in Odessa are very sociable and friendly. There are regularly a variety of themed meetings, a record number of clubs of interest, and friends can be found just by going for a walk. It is normal practice to talk to a stranger while waiting in line or in the park, and just in an hour after that drinking coffee together with a new acquaintance.

Due to the mixture of cultures, the cuisine in Odesa is also unusual. Forshmak, tsimes, apple vertutes, tulle meatballs, eggplant dishes should definitely be tried in Odessa. Echoes of Jewish, Greek, and Armenian cuisine are intertwined in gastronomic traditions. All varieties and species of fish deserve special attention because Odessa is right on the beach.

Parties and club life in Odesa

In Odessa, life is constantly bustling, big concerts are held, foreign celebrities come and parties take place. Music in clubs by the sea does not stop until morning. Arcadia is one of the most popular ones. It is a resort area with the beach of the same name. This is where most discos and nightclubs are open from May to mid-autumn and are located directly in the open air. Here are the best hotels and resorts.

It is an integral part of the same Odessa atmosphere. You can still buy literally everything in the world here. Previously, adventurous buyers were attracted to things that could not be bought anywhere else. After all, as you know, all smuggling is done in Odessa on Mala Arnautska Street. And then it appears on Pryvoz. Modern Pryvoz is endless jokes and anecdotes, expressive auctions, and its colorful peculiar just to Odessa language.

Odessa is a seaside city

It would be unfair to ignore the fact that Odessa is a seaside city. But at the same time, it does not look like a quiet little town, created for family relaxation. This is a big city with the infrastructure of a big city: shops, shopping malls, entertainment for all tastes. Be sure to visit the port to see how interesting port life is. After all, Odessa is a city of sailors. This is where the National Maritime University is located – a unique institution of Ukraine.