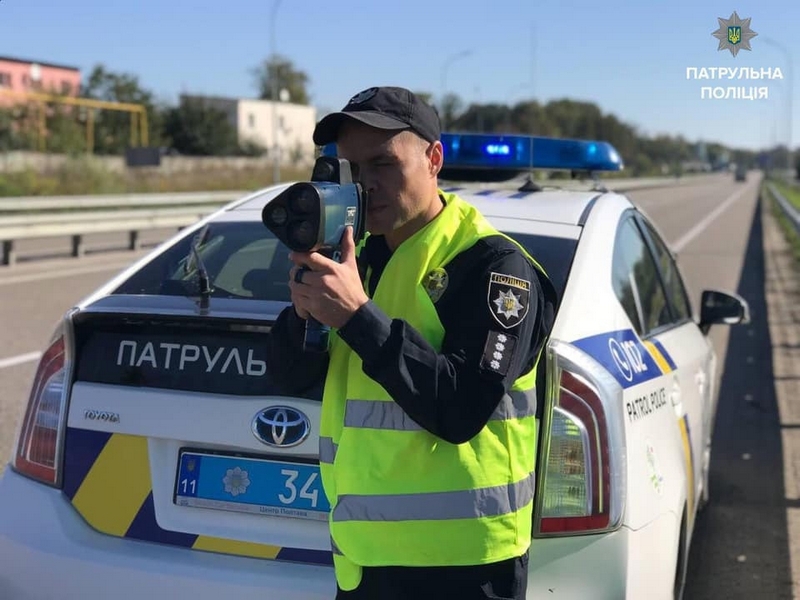 This autumn, the patrol police crews that help to maintain the law and order on Ukrainian roads, were provided with the TruCam radars. No wonder that plenty of rumors were spread about them. But how do they really work?

TruCam is a speed measurement radar developed by the experts of the American aerospace agency NASA. Patrol crews of State Car Inspection used it in 2010. However they were just testing it then.  But since 2011, they wanted to start using it on daily basis. At that time the radars were banned due to the lack of required permission documentation. But now this problem is solved, and TruCam is allowed to be used on the territory of Ukraine.

TruCam differs from other similar types of equipment, such as Vizier, because it uses laser and not radio principle of measurement. Thus, it simultaneously helps to improve the accuracy of measurements and get rid of the errors. The laser mechanism accurately captures the car that breaks the law and not the neighboring vehicles.

The Peculiarities of its Usage

The TruCam laser radar captures objects at the distance of up to 1.2 km in any direction of motion. Capturing a clear and high-quality photo or video is possible at the distance of 70 m. When being used, the targeted car is marked as a red cross on the laser sight.

The device operates without being recharged for up to 15 hours. Within one second, it makes 3 photos. The capacity of the memory card is 40 thousand photos or 16 thousand videos.

The device has two modes: day and night. You can also note the rain and some other details.

The speed limit is set manually. It is also necessary to set the distance to the objects the velocity of which is being measured. Then, the device itself fixes the violation.

GPS tracker allows the police to capture not only the speed but also the exact location of the place where there was the law violation. That is one more difference between the laser device and the radar.

Also, unlike Vizier, the new radar is able to make necessary adjustments automatically.  Since, the police can not make changes on it, they can not influence the results of it as well.

The TruCam radar may only have certain problems with showing the right result of the speed of the specific car if the visibility of the vehicle is covered with the other vehicle.

Cameras for fixing speeding on Ukrainian roads began to be installed on October 8, 2018. The police patrols provided with the TruCam radars are empowered to monitor roads in difficult areas and places at high risk of accidents. Appropriate road signs are warned about photo and video fixation.

If the speed limit is exceeded by more than 20 km / h, the fine will be 255 UAH or 50 penalty points. Points are calculated only if the fixation was done automatically.  If the speed exceeds 50 km / h, the penalty is 510 UAH. And when the emergency situation was created the fine is 680 UAH or there might be even the deprivation of rights from 6 to 12 months.

Abroad, the fixation of speeding is often done entirely automatically, without the participation of the police. For this purpose, cameras that have the same way of fixation the car speeding is used.  In particularly difficult areas, they are placed that way so as to take the photo of the car on its both sides, including license plates and the driver’s photo.

If you just need a car, feel free to contact us. The company “Ukr-Prokat” offers a large fleet of vehicles of different brands and capacity!

Book a car for rent in Odessa.