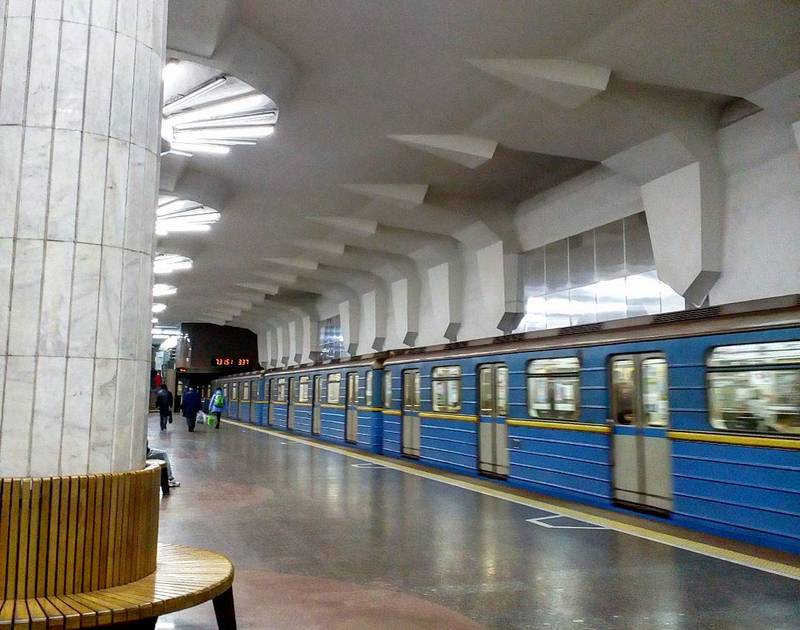 Kharkiv subway was officially launched on August 23, 1975. It is the second fastest opening on the territory of Ukraine. Also the second longest lines and number of stations.

Its opening is closely connected with the industrial development of the city. The giant factories were actively being opened in the sixties. And there with the large residential areas were also being built.  The city was rapidly filled with new people, and the existing transport system was sorely lacking.

For the first time they started talking about the initiative to build a subway in Kharkiv back in 1962, but the discussion of the project dragged on for another four years. Then a long projecting phase started. The first pier was solemnly laid near the South railway station in summer of 1968. And already in late July of 1975 there was the first trial trip in tunnels.

The average volume of daily traffic is about 800 thousand passengers on weekdays. Sometimes this figure exceeds one million. And this is almost half of the total urban traffic. All trains are made up of 5 carriages.

There is the only bridge in Kharkiv subway between the stations “Kyivska” and “Akademik Barabashov (Academician Barabashov) ”  It is also known as the only covered subway bridge. This design was necessary in order not to disturb the ventilation system of the tunnels.

The configuration of the Kharkiv subway

Nowadays the subway in Kharkiv has 30 stations. Among them-24 of small and 6 of deep fixation. Most of them are of column type. There are only 8 single-vault stations. There are also 3 pylon stations and 2 pylon column stations. Three underground interchange hubs are in the city center. The total length of the lines is 38.45 km.

Today the subway has two engine houses: “Moskovskyi” and “Saltivskyi”.

And if you do not want to deal with the details of urban transport, please contact us! The company “Ukr-Prokat” offers car rental in Kharkiv of different brands and capacity!